WHY PARTNER WITH A ZIMBABWEAN PASTOR?

Zimbabwe is a land locked country in Southern Africa, with a population of approximately 11 million. Formerly the self-governing colony of Rhodesia, it used to have a thriving mixed economy, based on agriculture and mining, with well developed secondary commerce and industry.

However, in the 90’s, government policies caused a massive increase in inflation,   destroying the economy. By removing most of the farmers and giving the land to government supporters, serious food shortages, huge shrinkage of the whole economy and the complete collapse of the local currency resulted. With 90% unemployment, health and education are in a parlous state and water and power shortages are an ongoing problem. On top of all this, the huge loss of life caused by the AIDS pandemic has created over 2 million orphans.

In spite of this extreme hardship and suffering, many churches are flourishing and people are turning to God.

Africans make up 98% of the total population in Zimbabwe and are mainly related to the two major Bantu-speaking groups, the Shona (about 82% of the population) and the Ndebele (about 14%) 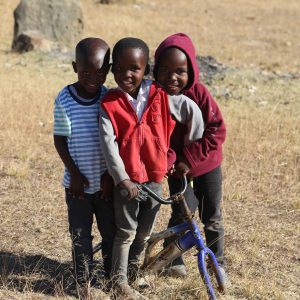